Fish Oil Drug Recommended for Wider Use
Government advisors have suggested that people use a prescription version of fish oil to fight heart health problems.
Currently, the drug Vascepa is approved for use in a fairly narrow group of patients. It is given to people who have very high levels of triglycerides — fats in the blood that are linked to heart disease.
The drug maker Amarin wants the Food and Drug Administration to approve Vascepa for other problems linked to heart health. For example, doctors might prescribe the drug to patients with lower fat levels, but who are still a﻿t risk of heart problems and who take drugs for high cholesterol.
A group of advisers to the Food and Drug Administration, or FDA, all agreed to support the expansion based on a recent study result.
The study suggested that the drug can reduce rates of life-threatening heart problems in high-risk patients.
Doctor Jack Yanovski is a member of the advisory group and a hormone specialist from the National Institutes of Health. He said, "There is no doubt this drug could benefit" a large number of people.
The advisory group noted several side effects of the drug. They include uneven heartbeat and bleeding inside the body. But the members agreed the good results outweighed those risks when a patient is under a doctor's care. 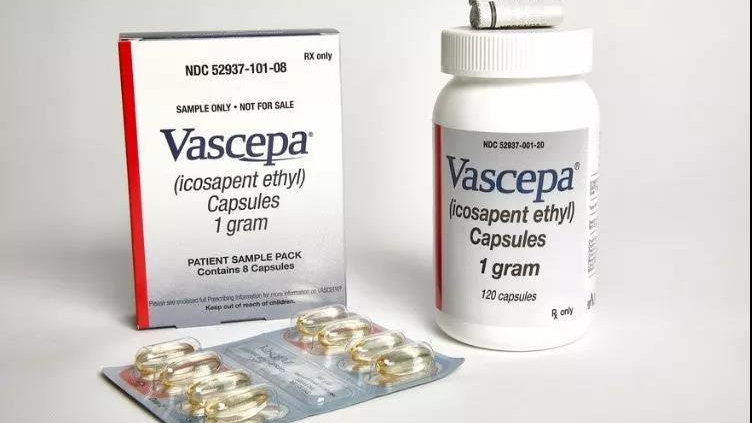 FDA approval could mean wider use
The FDA is not required to follow the advice of the group. The agency is expected to make a decision by the end of this year.
One member of the advisory group urged that the drug labeling should target patients who need it.
The representative, Philip Posner, said, "I do not want to see this become what I call cardio candy."
The FDA writes labels for drugs to guide doctors who prescribe them. The labels also are used by health insurance companies to decide which uses of drugs they are willing to pay for.
A new label would make Vascepa the first fat-lowering drug approved by the FDA to reduce heart problems.
The advisory group based its decision on a study that was supported by the manufacturer. The study found that Vascepa reduced the risk of heart attack, blocked arteries and other problems by about 25 percent compared to an inactive treatment.
Patients in the study had high triglyceride levels and other risks for heart problems, such as diabetes.
However, the results came as a surprise because recent research has suggested that fish oil supplements did not improve heart health.
Millions of Americans take fish oil supplements which they believe improve their health. Fish oils are rich in fats called omega-3 fatty acids which scientists agree reduce triglycerides. But several studies have failed to show that this directly produces good results in patients.
Amarin, however, says that its prescription drug is different from fish oil supplements. It would take 10 to 40 fish oil supplements to have the same effect as Vascepa, the company said.
If the FDA does expand approved usage, financial experts say Amarin's sales could sharply rise to as much as $3 billion a year. A one month supply of Vascepa costs about $300.
The company's total sales for 2018 were about $228 million.
I'm Mario Ritter Jr.